Explore the breath-taking beauty of Alaska’s rugged wilderness with our Alaska cruises. From the snow-white tips of gleaming glaciers, to the cobalt blue, crystal-clear seas; only on an Alaskan cruise holiday can you see so much natural beauty.

With a culturally-rich and fascinating past, and a vibrant and thrilling present, discovering the faraway feasts of Asia will be an unforgettable worldly experience. Treat yourself to a taste of it all, with an Asia cruise.

Australia and New Zealand are two cruise holiday destinations that are unlike any other. Where Australia takes the crown for the flattest land mass, New Zealand is extremely mountainous.

Cruise to Canada, where you can enrich yourself with exquisite charm, rich history and breath-taking natural beauty of New England and Canada’s eastern seaboard. Sail along and see the vast cities of Boston and Quebec.

With a wealth of wildlife and natural diversity, Galápagos is a nature-lovers dream. These stunning islands are home to almost 2,000 rare and unique species that aren’t found anywhere else in the world – making it an unforgettable trip for any explorer.

This part of the world is famed for being a picturesque paradise, and when you visit heavenly Hawaii, it’s not hard to see why. You can’t miss the vast, lush landscape and the technicolour rock face of the colossal volcanoes from which this unique island.

It’s easy to see why the Mediterranean is a world-renowned holiday destination, with its quaint fishing villages, stunning scenery, delicious cuisine and warm climate. From rustic farms to bustling cosmopolitan cities, there’s something for everyone.

With its intriguing culture dating back thousands of years, breath-taking architecture, idyllic beaches and sensational shopping opportunities; it’s no wonder Dubai and the Middle East make for some of the most desired cruise destinations anywhere.

The Northern Europe cruise region stretches from the British Isles right through Scandinavia, all the way to St. Petersburg, Russia. Amazing historical and cultural sites await passengers, as well as a huge variety breath-taking scenery.

A cruise through the Panama Canal is an exciting and exhilarating, a spectacular marvel of engineering. Experience the thrill as the six immense locks raise the cruise ship from sea level up to 85 feet, and then gently lower it down.

For any explorer, South America is a rich, melting pot of cultures that are inspired by passion, food, and nature. Boasting beautiful beaches, exotic wildlife and a rich heritage that dates back to ancient civilisations, make it the perfect destination.

Crossing the pond is more than a means to an end in this collection of cruises – you’ll relive the golden age of cruising on a transatlantic cruise. For those who want to soak up the beauty of the ocean a Transatlantic cruise is ideal.

Ships on Azamara Club Cruises aren’t so large that they’re daunting – you won’t ever feel lost on board. However – they’re certainly not too small either and you’ll never run out of things to do or people to meet. 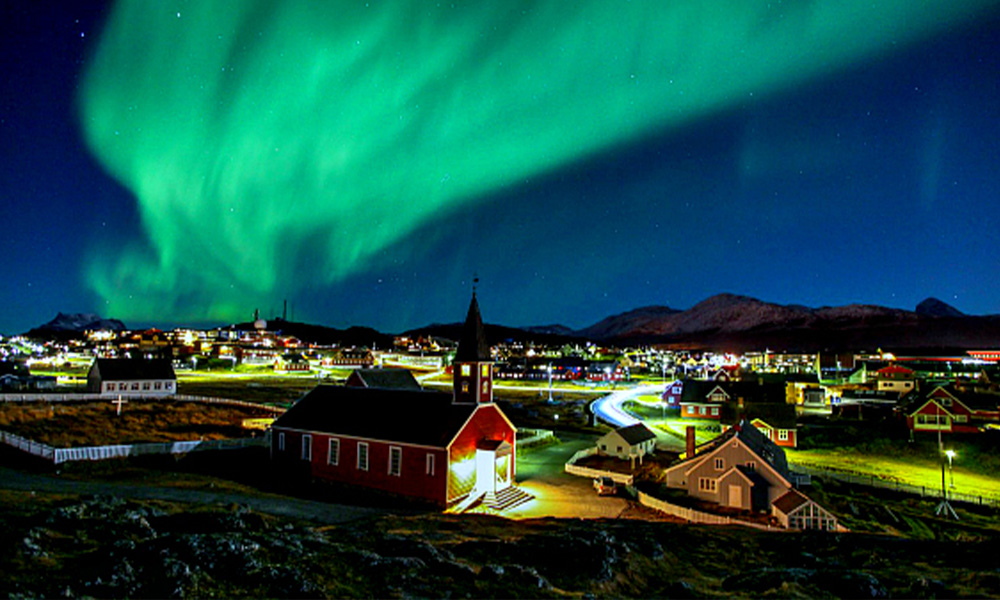 Discover a region that is rich in natural beauty on your dream Arctic cruise. The Arctic is a destination that always scores high on many travel ‘wish-lists’. Pristine snowy scenery, undisturbed wildlife, and stunning natural phenomena make Arctic cruises unique and unforgettable experiences, ideal for those who want to follow in the footsteps of intrepid explorers.

Sailing through the cobalt blue seas of this remote region immerses you in one of the world’s richest diversities of marine life. Hear the calls of rare seabirds and seals, and watch the horizon for enormous whales that breach the waves. Keep your eyes on the vast white landscape and you may be lucky enough to spot a polar bear. When your Arctic cruise docks, passengers can experience picture-postcard towns, where the warm and welcoming locals are waiting to greet you. You’ll find that the indigenous people are only too happy to enthuse about the ancient folklore and traditions that are native to this fascinating and relatively untouched region. 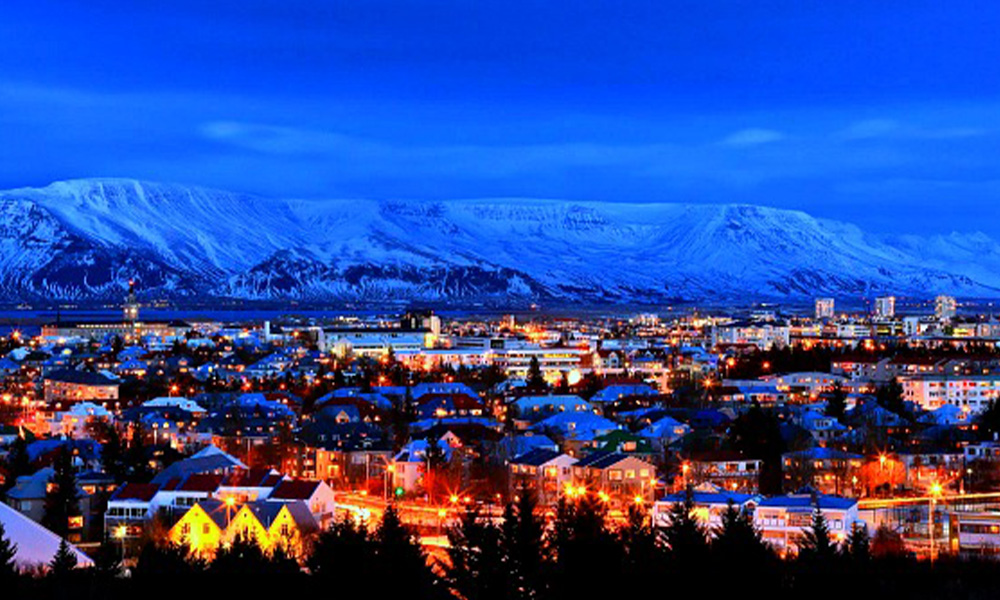 Northern Lights cruises sail mostly the northern coast of Norway, with some venturing to Iceland and Greenland. Expect charming fishing villages that are smothered in a blanket of snow, bustling commercial ports and dramatic tundra landscapes. Trips ashore offer thrills such as dog-sledding, cross-country skiing or skidoo driving. If you’re looking to relax, why not try an overnight stay in a (surprisingly warm!) ice hotel, or take a cultural tour to visit the settlements of the natives.

Of course, the main events are the Aurora Borealis themselves. Native American legend has it that the mysterious lights were war omens – and the Vikings believed that the spectacular lights were the armour of the Valkyries, the warrior maidens of Norse mythology. Perhaps the most exciting tale comes from the Arctic Circle’s indigenous people – where the mystical Northern Lights can be explained without fuss; they’re simply the spirits of the dead, who happen to be playing a game of ball with a walrus skull. 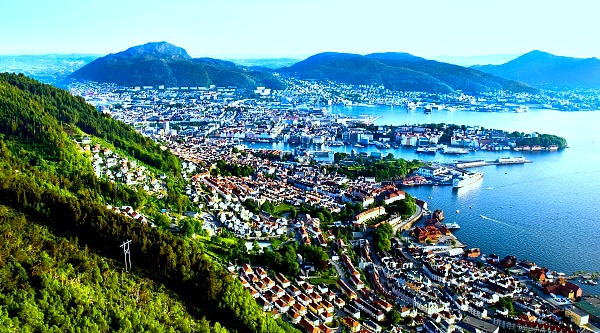 Visit Iceland on an Arctic Cruise

Iceland is famed for its dramatic volcanic landscape, hot springs, waterfalls and relaxed way of living. The vibrant and welcoming capital Reykjavik offers exciting nightlife, with many fine-dining restaurants and cafes – the city is also powered entirely by geothermal power from the ground. Unmissable natural phenomena include the steaming hot Blue Lagoon and colossal glaciers in Vatnajökull and Snæfellsnes national parks can be easily reached through day excursions, and are ideal for ice climbing or snowmobiling. 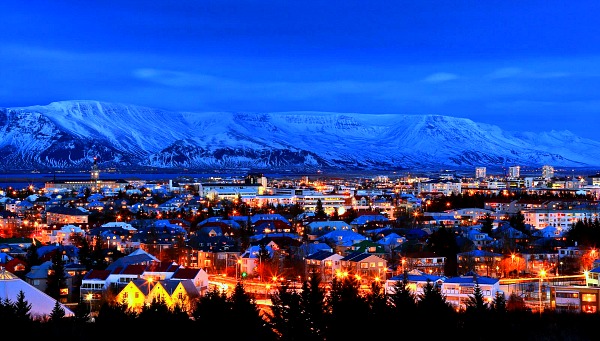 Explore Greenland on an Arctic Cruise

Greenland is a vast country that offers visitors art and culture, steeped in fascinating Norse history. Things to do include luxurious hot springs, boat tours, kayaking and hiking trips. Greenland’s capital Nuuk is nestled on the ice-free and fjord-lined coast, and is the smallest capital city on earth. Inuit tribes have lived in settlements in Greenland for centuries and you can learn about them in The National Museum, which awards visitors with a fascinating glimpse into the country’s colourful past. When you’re finished soaking up the culture, there are many gourmet restaurants and fashion boutiques in which you can cosy up and shelter from the cold.

Artic and Northern lights cruises are an effortless way to enjoy this wonderful part of the world. Prepare to make some truly magical memories as you head north and enter the Arctic Circle – a wonderful land of Inuit culture, Norse mythology, stunning scenery and friendly locals. 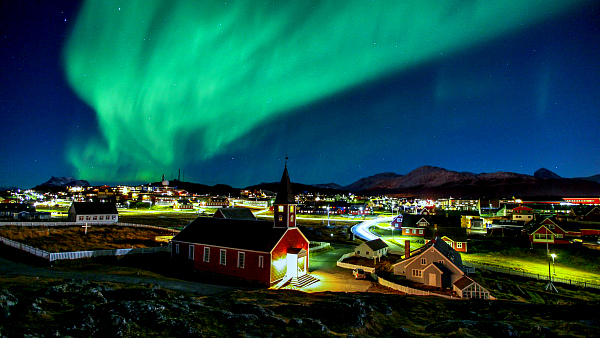 Find out more with the LOVEIT BOOKIT Travel Guide

Our Travel Guide boasts a number of fantastic and highly informative guides to help you plan your next LOVEIT BOOKIT Cruise!
Dive right in and explore some of the worlds most luxurious destinations and if you need any question answering then head over to our FAQ!

Founded in 2013, the award-winning LoveitBookit has grown into one of the UK’s leading Cruise Specialists. Our dedicated team are on hand to help you discover your perfect cruise holiday.